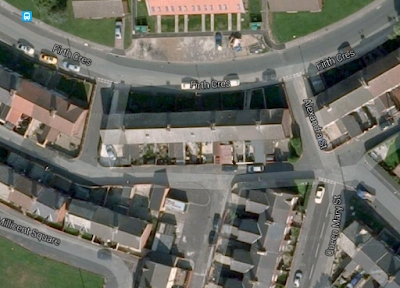 In the distance, Nigel could see some structural shadows, on the rear, downstairs, window, not normally present. Again, not too concerned, as the area is a vandalism hotspot and all was quiet, he approached the rear fence, where the, albeit-rickety, rear, gate had been kicked down. The kitchen windows were fine; a '2-by-4' through the, already mentioned, pane.

It was now clear, that this was a real vigilante attack, but, how had Nigel missed the build-up?

In the past, Nigel had been attacked (literally and figuratively), by vigilantes, on a number of occasions, but, for reasons which will not be divulged, presently, he had always a good warning, being prepared and ready for most outcomes; this appeared spontaneous and without such warnings. Even now, Nigel was still relaxed, and placing his bags, by the, still-locked, kitchen door, he ventured around the long hedge and towards the front door.

We will call Nigel's neighbour 'Barney'. Nigel's rented property was end-of-terrace, and Barney was in the house, next door. In over two years, Nigel had spoken to Barney, on less than a handful of occasions. Nigel generally runs a quiet home, and apart from what appeared, through the walls, to be drinking sessions, so did Barney; neighbourly harmony persisted. There had only been one real contact, one winter's day, when Barney's front doors were open. Nigel knew there was a bed in the front living room*, as the doors were often, partly, open, and so he knocked, gently, to see that Barney was fine; he said he was and that was that.

Back to that present, late Summer's, day. Barney's front doors were wide open, as was Nigel's, although the outer door was off one hinge and daubed, rather poorly, with the expected epithet. The inner door appeared to be, and was, secure.

At this point, the details of conversation could be recalled, possibly, but they did not last that long, and so it will be a summary.

Barney and another man were in the brightly-lit front room. We will call the other man 'Fred'.

Knowing that this was unlikely to end well, Nigel still attempted a little damage limitation.

Fleeing is easy, but, Nigel also likes a number of his possessions and will attempt to retain them and reduce the damage to property, wherever possible; the primary issue, is to let the natives know, that they have 'won' and that the interloper has been banished; all else should then follow in one's favour.

Without weapons, Barney was unlikely to be any physical threat, but Fred was a big chap; this would be needed to be taken into consideration, even though he was likely to be sluggish, through drugs and/or drink. OK, there would be one attempt, at reasonable conversation and that would be that; there was still no 'mob' and it was quiet.

Nigel feigned shock at the damage and claims, daubed on his door, as Fred and Barney approached onto the pavement. Nigel continued to express his surprise and concern, over the damage, applying the required number of swear words and accent, so as to match the local dialect. Within seconds, as typical, in these circumstances, a female appeared, smartphone in hand; we will call her 'Wilma'.

It would be pointless to attempt to recreate the conversation. The priorities, in these cases, are to maintain one's safety and to attempt to remove or reduce further material damage, now or later; again, the physical threats remained minimal.

Those who are known to be at risk of harm, to the police, are specifically-flagged, in the case of 999 calls, but, this was a new smartphone and it was unlikely to be on the system. Any escalation would require a 'raw' 999 call, and so Nigel's smartphone was available, i.e close at hand.

The conversation seemed to be a simple one, one of confirming who Nigel was; little more was to be expected. Sure, there was a minor and trivial discussion of 'right to know', with Wilma, before she left. Barney also, kindly, let Nigel know, how much he respected him, for calling on him, on that cold day, in the past. During the brief conversation with Wilma, Barney was back inside, pacing in his room, cognitive dissonance working overtime. Nonce-But-Nice, Nice-But-Nonce, what was he to do? Usually it would have been so simple.

Once Wilma had departed, it appears that he had made his decision. Local soldiers have to defend their turf, after all.

Although there may have been a nod, it was difficult to tell, it was under streetlight and Nigel was occupied, mainly, with watching the bulk, which was Fred.

A sucker punch, from Barney, flew into Nigel's face, catching his nose. Glasses flying, Fred started swinging, but, by now, Nigel was in stance and in blocking mode. What now mattered, was to subdue, perhaps teach a lesson or two, so as to buy some time, and phone 999.

Four jabs into Fred's nose and eye socket, followed by elbow blocks and hits, on both of adversaries, bought some space; Nigel backed into the road, now battle could commence, much more fairly.

Nigel wishes to make it very clear, that all such events should be dealt with, in a way to maintain safety, as much as is possible. These articles are not advice, recommendations or examples of good practice. Decades of experience are called into play, when Nigel faces such and similar events.

Dr Nigel Leigh Oldfield reserves the right to correct, amend and alter this post, when, and how, he sees fit.
Posted by Unknown at 07:54 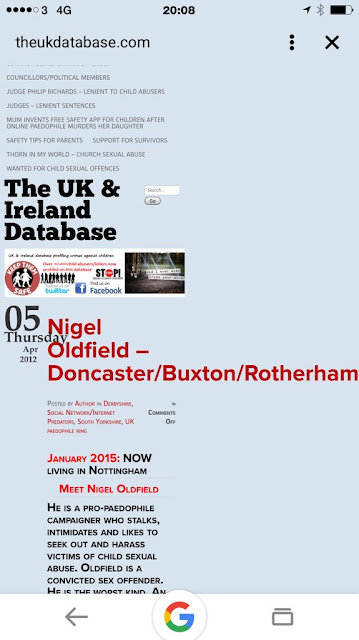 ... those vigies seek him everywhere. Is he in heaven or is he in hell? That damned elusive 'Paedophile'.

Who's Zooming Who? :) Bless their little vigilante socks ;) 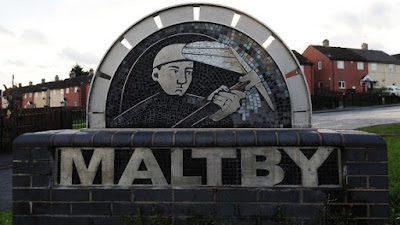 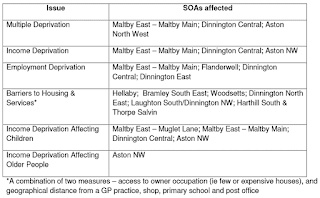 On 7th August 2015, Dr Nigel Leigh Oldfield returned to his home, of over two years, after a shopping trip to Sheffield and Rotherham.

Having done this, many times before, there was something amiss, as he approached the seating, for the buses to Maltby from Rotherham bus station. A young male, jumped from the seats, as Nigel approached, clearly exaggerating the sudden identification. Nigel has always been attuned to human behaviour and this was no different, but, as with many things, tiredness and awareness can invoke lack of care or overreaction; back to the smartphone.

As Nigel sat, passing away the waiting minutes for the bus to arrive, he waited until the end of the queue, as he often does, so that his shopping need not be carried too far and he could take his rightful seat as a wise elder.

A week, or so, earlier, Nigel had assisted two young women, who were afraid of one or two inebriated chaps, who were to share the bus with them. Although he could recall the face of one of the girls, he could not recall that of the other.

There on the bus of the 7th, the face of a young woman was looking at him - it was not one of obvious disgust, but one of recognition and apparent fear; was it one of warning or of misplaced trepidation? We will never know. During the journey, to Maltby, Nigel would see this glance a number of times, from the girl.

The bus was busy, and stowing baggage, Nigel hooked his arm around the front supports, steadying himself until the bus started to empty, during its longish journey. He stood next to a vocal young woman in her mid-20s.

As the numbers dwindled, on the bus, a seat became vacant next to the younger woman; Nigel sat.

The conversations of the three consisted of the expected and usual trivia and inaneness, of such simple folk. Throughout the journey, smartphones were passed, to-and-fro, and as Maltby approached, joking references began to arise within the group, along the lines of "that is your house, no that is yours" etc, again, inane banter, to be ignored.

There was some discussion, about walking to the shop, as the penultimate stop approached, but, in a rapid, last minute decision, the young woman decided to alight and bundle her brood and acquaintances with her. She made it clear and loud that the unprammed were to stay near to her.

Along with their obvious and continued interest, once off the bus, loud bells were now clanging, even though there had not been any overt aggression or reference to Nigel; things were not 'normal', but it had been a good day and Nigel was sanguine.

Nigel was almost always the last off the bus, at the 'terminus', and leaving and thanking the driver, he made the short walk to his home. In the dark, turning the corner, to face the rear of his house, he usually expected to see windows smashed or 'nonce', or its like, daubed on the exterior white walls; this warm evening, it was to be the case, at least in spirit and, partly, in reality.

Dr Nigel Leigh Oldfield reserves the right to correct, amend and alter this post, when, and how, he sees fit.
Posted by Unknown at 07:30

What Is Wrong With This Picture - Apart From The Wrong'Un? 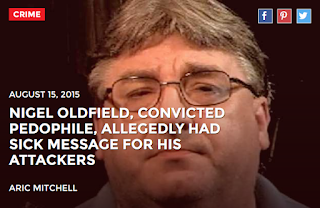 The OSC - Enabling the rights, legal entitlements and safety of all, regardless of history